Home / About Us / History

Every success has a history

The spirit of Professor Goldschmidt, the inventor of the Thermit® welding process, is still in our company today: the drive to do everything better, to improve existing processes and develop new ones. This is how it all started… 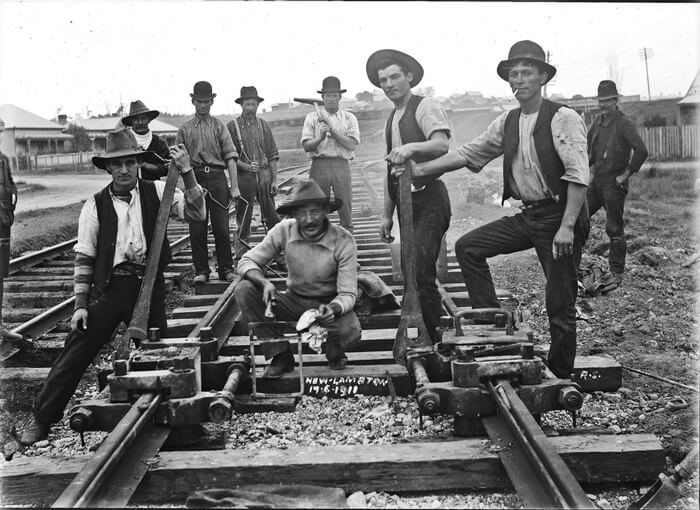 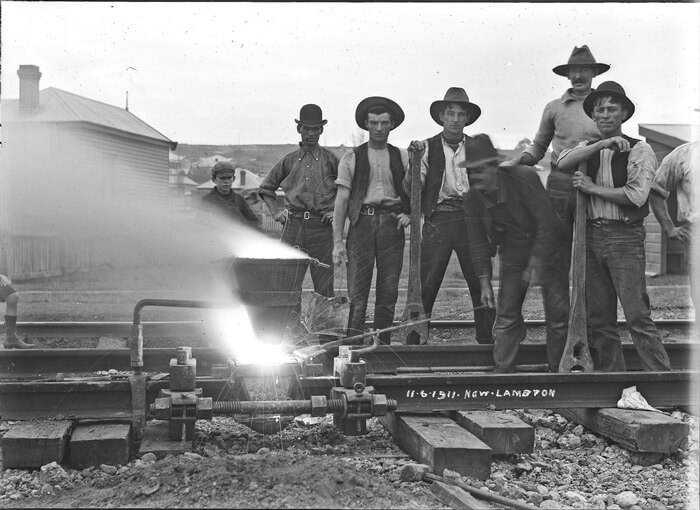 Australia is a progressive county so it didn’t take long for this new technology from Germany to reach our distant shores. There are records of the use of Thermit® welding being used to repair ship rudders as early as 1905. There is also a picture of rail welders using Thermit® in New Lambton in 1911.

In 1952s the Humes Limited – Thermit Division was formed and acquired the Australian rights for the manufacturing and marketing of Thermit® welding equipment and consumables from R. Granowski who had obtained the original Australian licence from Elektro-Thermit GmbH of Germany. The SmW-F welding process was introduced. This process employed pre-formed refractory moulds for the first time. The advantage of the pre-formed moulds was that it meant that welding could be completed in less time as there was no requirement for the sand to be moulded and then dried out prior to the weld metal being introduced. The SmW-F, with its distinctive side pour system is used to this day, especially on smaller rail profiles.

Prior to 1955 preheating had been performed using a mixture of vaporised petrol and air and could take as long as 50 minutes per weld. In 1955 an automatic preheater was developed reducing the time to between 25 and 30 minutes. A year later the preheater was modified to accommodate L.P. Gas and induced air to allow a 16 to 20 minute preheat. Then in 1957 a new torch design was made to allow the addition of oxygen to the burner reducing the preheat time to as little as 2 minutes.

The SkV-F process was released in the 1974 as an upgrade on the SmW-F and SkV processes. Employing a larger portion to fill a wider gap and bigger risers, the SkV-F process uses the heat from the Thermit® reaction rather than rely on the pre-heating burner. This change lead to more reliable and consistent Thermit® welds with reduced reliance on the quality of available pre-heating gases.

Early in the 1980’s the automatic tapping thimble was introduced to the existing (SmW-F and SkV-F) welding processes. This advancement ensured that weld tap times became more consistent. The tapping of the crucible was no longer manually controlled, improving on the safety aspects of this event.

In the mid 1980’s Elektro-Thermit GmbH acquired the company from Humes Limited and Thermit Australia Pty Ltd was established in 1986.

Later in the 1980’s the hydraulic rail shear was added to the welder’s on-site equipment to facilitate easier and cleaner removal of excess metal around the rail head.

In the early 1990’s Thermit Australia Pty Ltd acquired the glued insulated rail joint plant from Westinghouse Brake & Signals. This plant was re-established North of Brisbane and to date many thousands of GIRJs have been supplied to the railways of Australia, New Zealand and South East Asia.

In addition to the GIRJ plant relocation, the Thermit® welding production facility was moved from Brookvale on the Northern Beaches of Sydney to Somersby on the New South Wales Central Coast.

We have a long history and have demonstrated that we have the innovative strength to remain a strong local partner to the railway industry.